For more information about this vessel, please contact Chris Ashby.
We look forward to working with you! 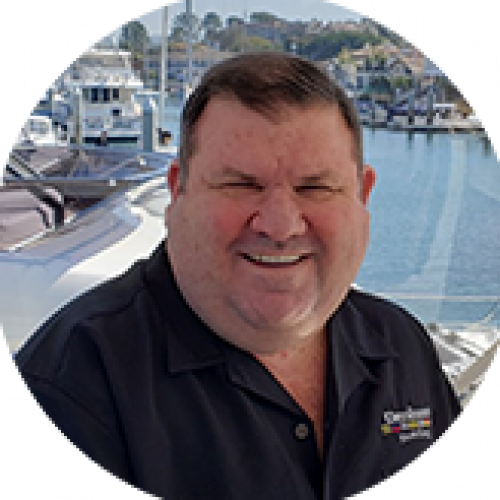 Chris Ashby has a life-long love of boating from the west coast to the east coast, besides being a world traveler. His knowledge of boats, yachts, even ships is as extensive as an encyclopedia. He can talk with authority about boats by name, size, engines, history including where it came from, who built it and where it was first launched, all previous owners, reworks, travels, and on, and on. Chris was born in Redondo Beach, California, grew up in Huntington Harbour, and was raised on and around boats his entire life.

After high school, he worked in boat sales, went to college in Santa Barbara, California, came back to the southland and got his contractor’s license and worked in construction for a while with his father’s land development company. Chris started a mortgage company called Genesis Capital Services and a real estate company called Genesis Realty. After a long successful run in the mortgage and real estate industry, he went back to his passion for yachting and studied and took his license to Captain up to 100-ton vessels. Chris has captained private yachts up to 98’, up and down the west coast from Victoria, British Columbia to Mexico, and now also uses his incredible boating knowledge to help new boaters find their “Dream Yachts”.