For more information about this vessel, please contact Richard Murbach.
We look forward to working with you! 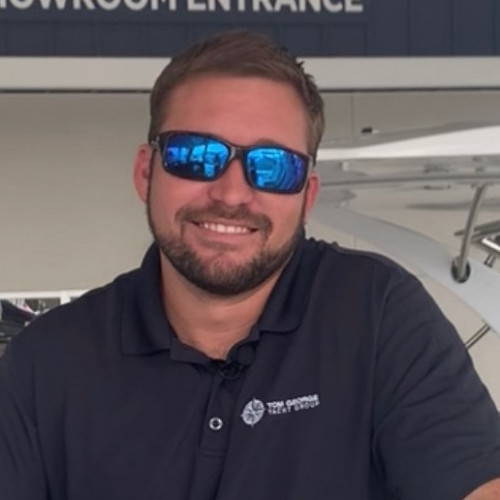 Richard Murbach was born in Clearwater, Florida, and raised on the water. Growing up in a family where boating was more than just an activity, he gained a love for the water at a young age. Richard quickly found his niche with fishing and began his offshore adventures as a teenager, soon feeling most comfortable offshore hunting for the big ones.

Richard received his degree from the University of Alabama in Tuscaloosa and graduated with a degree in Marketing and Sales from the Culverhouse College of Commerce. After being land-locked in Alabama, he was eager to get back to Florida and back in touch with the water. One month after graduating in 2015, he was put in contact with Tom George, where he began his career in the boating industry, something that was a perfect fit and that he knew he would excel in.