For more information about this vessel, please contact Steve Lassley.
We look forward to working with you! 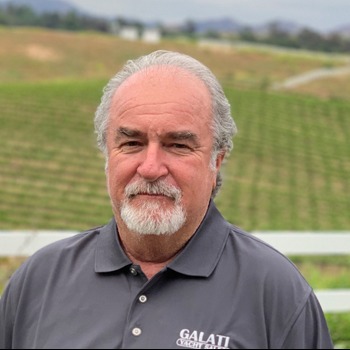 Steve began his fishing career at the age of 14 working as a deckhand aboard sportfishing boats out of Dana Point, CA. After working aboard these vessels for three summers, Steve bought a commercial fishing boat, graduated from High School a half year early, and dedicated his time to fishing. For the last 42 years, Steve has continued to spend equal time commercial fishing and operating top-notch tournament vessels up and down the West Coast.

During his career, he has amassed over $7,000,000 in tournament winnings— possibly the highest of all time. Winning the prestigious Bisbee’s Black and Blue twice. The second win being the largest payout in tournament history, winning over 3.9 million. Steve’s associated teams have accumulated over 20 first place wins and several sweeps (every daily jackpot and first place finish.) As well as 27 daily jackpots. Steve was also one of the first innovators to fish for Black and Blue Marlin with sonar and tuna tubes.

His boating projects have included total refit/repowers on a number of vessels from 45’ to 144’ totaling over $13,000,000. He thoroughly enjoys boat projects of every kind, especially those relating to performance and fishing applications. Many of his system designs are now common in production and custom boats.

Steve was recently inducted into the IGFA Hall of Fame for Legendary Captains and Crew, receiving the coveted Tommy Gifford award in 2018. He is the past President of the California Association of Harpoon Swordfisherman, a previous member of the Highly Migratory Species advisory panel for N.M.F.S., and was a columnist with B.D. Outdoors which featured articles about Steve’s experiences.

When asked, “Why boat sales?” Steve replied, “I want to pass on what I’ve learned to as many people as possible, from first-time buyers to the most seasoned tournament teams. I want to help clients find the right boat— one that satisfies their needs and gives them everything they want. If they need help after the purchase for any reason I’m just a phone call away. Galati was an easy choice for me with their huge service staff and a great reputation! I’m excited for what the future has in store!”