For more information about this vessel, please contact Peter N Divers.
We look forward to working with you! 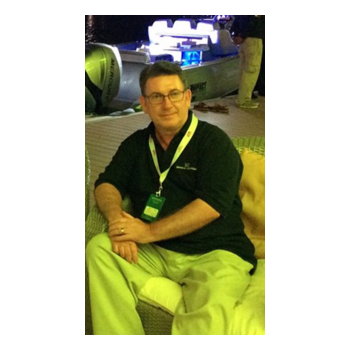 Peter N Divers founder of Imperial Yachting and Born in Glasgow, Scotland, Peter’s boating adventures began at nine years old on the river Leven, Balloch, Loch Lomond in Scotland when his father acquired a ten foot clinker built boat powered by a seagull outboard motor. With a burgeoning passion for boating, he then began to learn to sail mirror dinghies on Loch Rannoch, which quickly led to his passion for water skiing with his two sisters in Kenmore, Loch Tay Perthshire. Professionally, Peter’s career started in construction, where he worked with Hilti then ITW, along with private property investments in Glasgow Scotland. Using this as a platform and translating his passion for boating into a career, Peter transitioned into trading and purchasing boats located in Florida USA shipping them to the UK, servicing them and selling them in Scotland. He then moved to Estepona, Southern Spain with his family, where he continued this business, later joining Spanish company Metropol Nauticas and directing regional sales for Southern Spain.

With this experience as a foundation, Peter moved to Doha Qatar in the Middle East where he spent three years with Princess Yachts International

In 2014 Moving to Dubai UAE . Peter started Imperial Yachting along with his local Emirati partner.

Peter works closely with Outer Reef Yachts representing them in Portugal, Spain and the Middle East allowing him to offer a quality long-range motor yacht collection, meeting the need of growing demand for this class of Yacht within UK Europe and the Middle East whilst his brokerage activities in Scotland and Europe allow him to provide a valuable service to his clients old and new.