For more information about this vessel, please contact Joseph Sciuto.
We look forward to working with you! 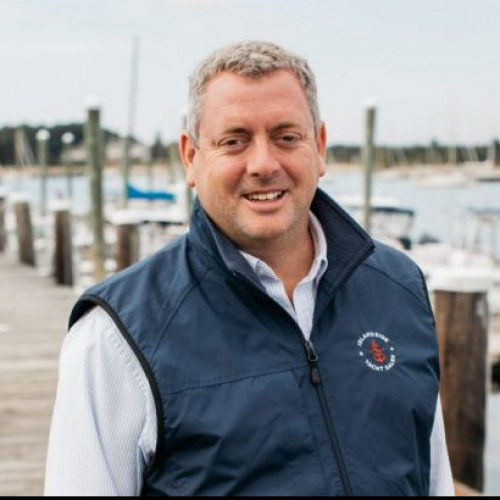 Islandside Yacht Sales is more than a business to founder Joe Sciuto. To Joe, yacht brokerage is a rite of passage passed down from his father, mentor and 50-year industry veteran, Dick Sciuto. From the tender age of six weeks old (when he embarked on his first boating trip to the island of Cuttyhunk with his dad), Joe has been intrinsically connected to the water.  Since that early expedition, Joe’s life has been defined by hard work, success and saltwater. After attending Tabor Academy, affectionately known as the School by the Sea, he worked with his father to learn the art of yacht and boat sales. While Joe’s passion for the boat brokerage field was undeniable, he was interested in learning even more. That drive led him to the Roger Williams University School of Law where he earned his J.D. degree with a focus in admiralty and maritime law. However, Joe knew his true calling wasn’t in the courtroom. Instead, he divided his newly acquired knowledge of contracts, negotiations and dispute resolution between yacht brokerage and the insurance industry. Little did Joe know when embarking on these various endeavors that his years of accumulated marine, sales and legal experience would culminate in the creation of what is now Islandside Yacht Sales. Joe currently resides with his wife and two young children in the seaside town of Padanaram Village in South Dartmouth, MA. During the summer months, they can often be found floating between Cuttyhunk, Marthas Vineyard and the other Elizabeth islands on the family boat.