For more information about this vessel, please contact Kevin Merrigan.
We look forward to working with you! 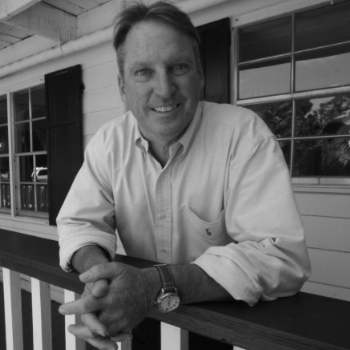 Northrop & Johnson Chairman, Kevin Merrigan, has a background as unique and captivating as the yachts we represent. A native of San Diego, California, Kevin has sailed since childhood. After graduating from the University of Colorado in Boulder, Kevin found himself briefly landlocked during a short-lived foray in the oil and gas industry. With an itch to get back on the water and a plan to buy a boat, Kevin made a return trip to the west coast that didn’t quite go as expected.

“It was the late 1980s. I was an impetuous kid in my late twenties, and I’d made a little money. I’d gone back to California to buy an Irwin-52, but when I met the broker, it occurred to me that his job was much cooler than my job. Long story short, I furled the plan to buy the Irwin and instead moved to the east coast to pursue a career as a yacht broker. At the time, Northrop & Johnson was the only brokerage in the US with an international presence, so I decided it was the right place to be.”

After a season in Newport, Kevin moved to the Marblehead, Massachusetts office and became a partner. In 1990, he took over the Fort Lauderdale, Florida office, eventually becoming CEO of the Northrop and Johnson Holding Company. In 2020, Kevin embraced an opportunity to merge Northrop and Johnson with the resources, stability and influence of the Marine Max brand. Following the merger, Kevin remains committed and engaged as Northrop & Johnson's Chairman.

Kevin has negotiated purchase and sale agreements on over 300 yachts, he has contracted ten, new construction projects, and has closed deals in 15 countries. A yachting industry leader, Kevin was instrumental in founding the International Yacht Council and served on the Board of Directors of the Florida Yacht Brokers Association (FYBA) from 1994-2005. He has served as Treasurer for both the Florida Yacht Brokers Association and the International Yacht Council. Kevin is a member of FYBA, MYBA, YBAA, CYBA and LYBA.

As a true company patriarch, Kevin is known for treating his clients like family. Currently, 75- percent of his clients are repeat clients. He is married to his college sweetheart, Mariette, who was the Vice President and CFO of Northrop and Johnson for 26-years. They have been steadfast supporters of Kids In Distress, raising over $1M for the organization. The Merrigans’ son, Matthew recently graduated from Princeton and has followed his father’s path by journeying west to attend grad school at Stanford. Kevin and his wife divide their year between residences in Fort Lauderdale, FL, and Jamestown, RI.