For more information about this vessel, please contact Jason Lozeau.
We look forward to working with you! 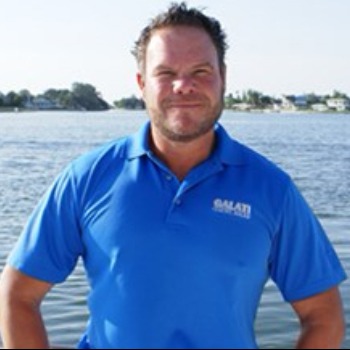 Jason’s award-winning career with Galati Yacht Sales spans over 15 years and has allowed him to specialize in catering to a high-end clientele with high-end megayachts and luxury sportfishing yachts. While Jason has sold many yachts internationally and can often be found with his Spanish-speaking assistant traveling or fishing with clients in exotic destinations such as Cuba, Costa Rica, Mexico or Bermuda Jason has recently focused his efforts closer to home and has devoted himself to developing the Sarasota market for Galati Yacht Sales.

Jason Lozeau has consistently been a top producer at Galati.

Yacht Sales since he joined the firm in 2001 following a very successful career selling luxury waterfront property, and has won the company’s Top Overall Broker award several times in recent years. Jason specializes in yachts over 80’, and has sold several large yachts by builders such as Westport, Hargrave, Lazzara, and Trinity. He has also attended training at the Feadship shipyard in the Netherlands. Extensive luxury yacht expertise and global relationships have generated the sale of yachts in the Caribbean, South America and Middle East. Jason has professionally represented numerous CEO’s, CFO’s, athletes and celebrities and maintains a strict policy of client confidentially.

He is an avid tournament sport fisherman and a member of the internationally recognized TEAM GALATI. For your convenience, Jason has a bi-lingual assistant to help with showings and transactions.