For more information about this vessel, please contact Daryl Brower.
We look forward to working with you! 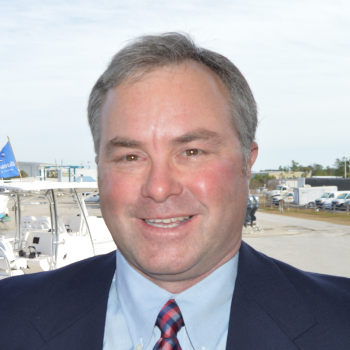 Captain Daryl Brower started commercial fishing with his cousins at the age of 14 and once he had a driver’s license he began working as a mate on a head boat with Captain Patrick Cannon. He also spent a summer in Virginia Beach working with other great captains including Mike Romeo, Steve Richardson, Harvey Shiflet and Tommy English.

Daryl worked his way through college at NCSU while fishing with Captain Ken Kramer. His first issuance of a captain’s license was at the age of 22 and upon graduation, Daryl had earned multiple degrees including Environmental Assessment and Natural Resources Management, Fisheries and Wildlife, Forestry and Environmental Sciences and also received business awards & recognition.

In an amazing career that spans more than 3 decades, Captain Brower has fished off 5 continents with nearly 700 North Atlantic blue marlin caught. He earned his Portuguese captain’s license at age 26 while working with world-renowned Mike Benitez and has also spent time fishing with several other captains including Brad Simmons, Dave Nolin, Peter Wright and Brad Kraft.

Along the way, Daryl has earned countless tournament victories, helped the Tag-A-Giant program with satellite and archival tags for billfish while working with Dr. Barbara Block with Standford University and Monterey Bay Aquarium.

Captain Brower also enjoys hunting for deer and waterfowl with friends and looks forward to spending more time at home with his family as he transitions from global charter captain to expert yacht broker. Daryl’s extensive knowledge of systems integration and construction methodology – both production and custom are amazing assets to his clients as they search for their next boat.