For more information about this vessel, please contact Bruce McDonald, CPYB.
We look forward to working with you! 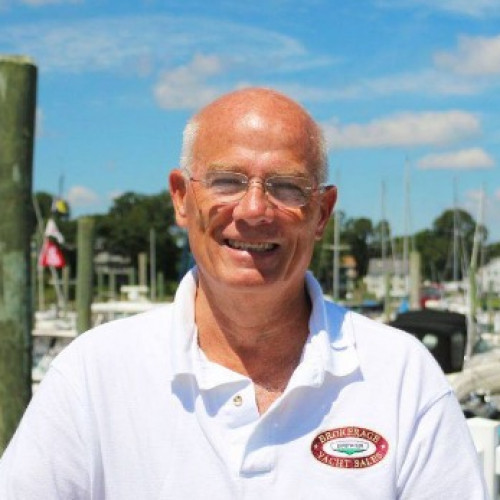 Bruce started his marine industry experience three days after his high school graduation when he reported to Massachusetts Maritime Academy. Upon graduation, he served as an engineer aboard various merchant ships and traveled the world in addition to spending fourteen years in the United States Naval Reserve. When he came “ashore” he spent his career with Fortune 100 companies while obtaining his MBA. Previously to joining Brewer Yacht Sales he sold new and pre-enjoyed boats on the North Fork for six seasons.

Although a New England native, he summered on the North Fork of Long Island since childhood and moved to Southold over twenty-five years ago. He and his wife, Karen, have a blended family of seven children and eleven grandchildren. They reside in Aquebogue.

He is ready to assist you in your search for that perfect boat or to facilitate the sale of your existing boat.